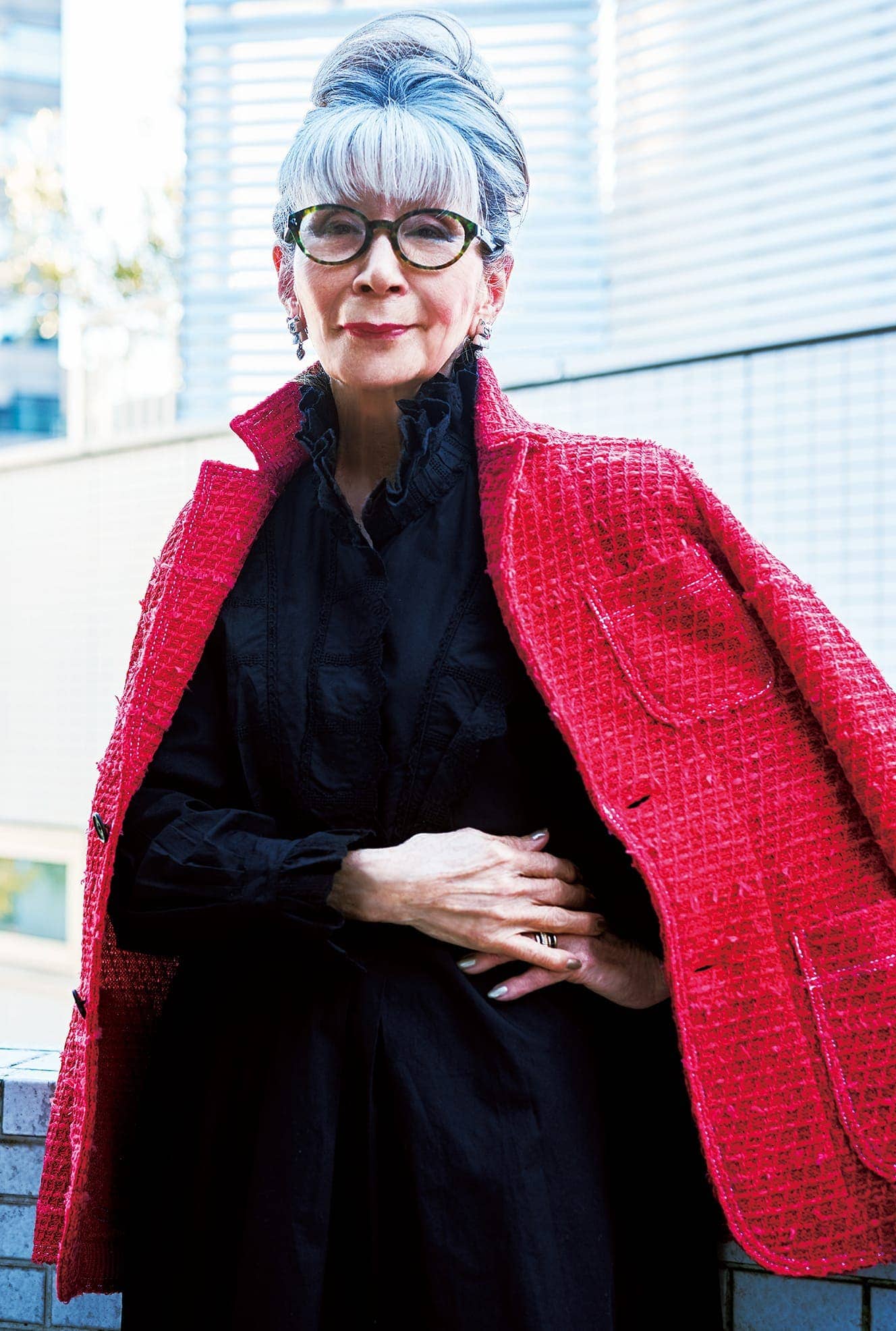 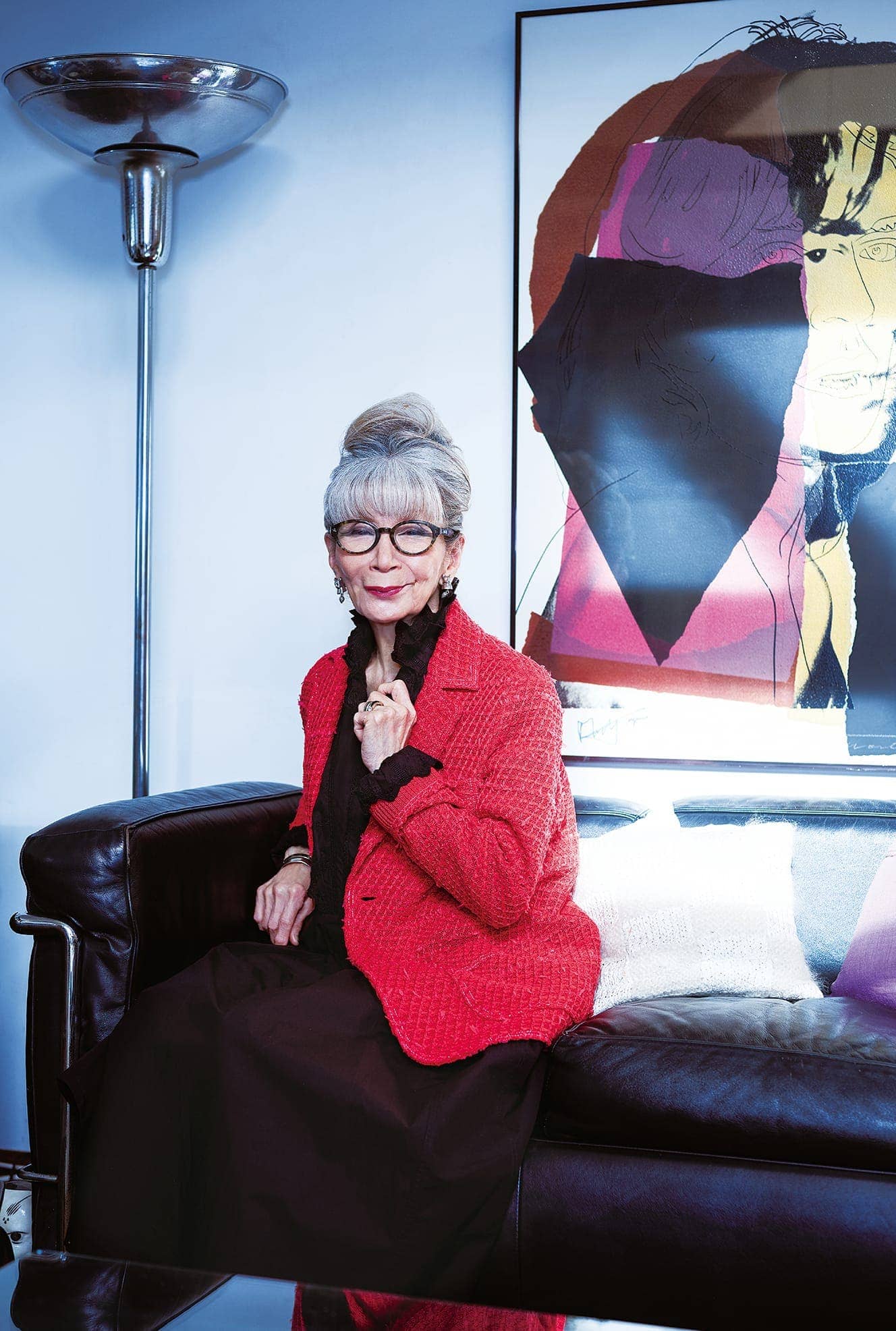 A total styling coordinator who consults on everything from beauty, makeup, hair and fashion to health and anti-aging, Sachiko Kawabe is determined to help women live their lives unconstrained by factors such as age and professional titles, and in a way that is always true to themselves. We had a chance to speak with her at her home, filled with plants and soft sunlight, where she reflected on her life and career.

Age is worth considering, but it shouldn’t define us.
We should appreciate the fact that we exist, here and now.
Even in small ways, it is important to make your mark.

After entering art school, I got married to someone whose family happened to be in the beauty business, and that’s where it all started. Straightaways, at the age of 23, I was sent to Paris, to a makeup school by the Opera House. That’s where I started to become fascinated by the process of applying makeup to a three-dimensional face, which is very different from a flat surface. At the same time, I began to realize that dealing with hair and makeup only allows you to get creative with one-eighth of the human body. I also learned that it is fashion which takes precedence, that you need to handle hair and makeup with an appreciation for the total balance, and that this is how you gain a real understanding of the overall balance of fashion. When I returned to Japan, it was the beginning of the age of haute couture, and I was a hair and makeup artist who wasn’t afraid to speak her mind to the designers on set. This was a time when we were always expected to be able to anticipate and have a sense for what was coming. I also remember that when I went on overseas jobs for Japanese designers, I felt a heightened awareness of my Japanese identity, and I was determined to give people a taste of something special that was uniquely Japanese. Through my work, I arrived at the understanding that making a woman beautiful doesn’t just involve one thing, but everything. After all, if you’re not healthy, you can’t be beautiful. Eventually, the scope of my work began to widen, but at the time, the concept of head-to-toe styling was not only unheard of in Japan, but in Europe as well. For creative expression, you of course need a good set of skills – but it’s what lies beyond that which is really important. When you work in the field of beauty, there are always greater depths to explore.

(‘TPO,’ the theme of this COOHEM collection, first appeared in the 1960s. In an interesting coincidence, Ms. Kawabe happened to hear about TPO directly from Kensuke Ishizu, who is credited with coining the term.)
I think it’s important to be mindful of the time, place and occasion. If it’s a party or celebration, the clothes we wear should help it feel like a celebration. That’s the etiquette that should be observed for the occasion. And when you’re meeting someone for the first time, the way you dress tells them a lot about you, and allows you to present yourself in an appealing way. I started out in the age of haute couture, so I personally love suits. I like stylish suits, which have always been really useful. The sets where I work are like a battlefield, so I always choose a style that is easy to move around in. Then when I’m in a taxi taking me to a party afterwards, I’ll be in a rush to change my clothes and get my high heels on while painting my nails at the same time! In my line of work, dealing with TPO can be more than a little demanding. I’m also a fan of men’s suits and blazers, and it’s interesting to see how one can work with a certain set of rules and limited options to create something personal and very stylish. The ways you play by – or against – the rules will sometimes result in something truly stunning. I’m always interested to see how the style of collars and other details of men’s suits change from year to year.

The first time I saw a COOHEM knit, it reminded me of something by Sonia Rykiel or Missoni. I’ve seen a lot of knits that use materials in really effective ways, so it’s fun to imagine different things that COOHEM could try with their knits. With a knit, you worry about how it will flatter your figure, but the things that COOHEM makes are relaxed and flexible, which makes them easy to wear. And you can never really judge a knit until you try it on. COOHEM knits don’t use backing or lining materials, and their simplicity and comfortable fit tell you that these knits were created with love. When I’ve worn a COOHEM knit and folded back or rolled up the sleeve, I also really like the piping or fringe effect that I get.